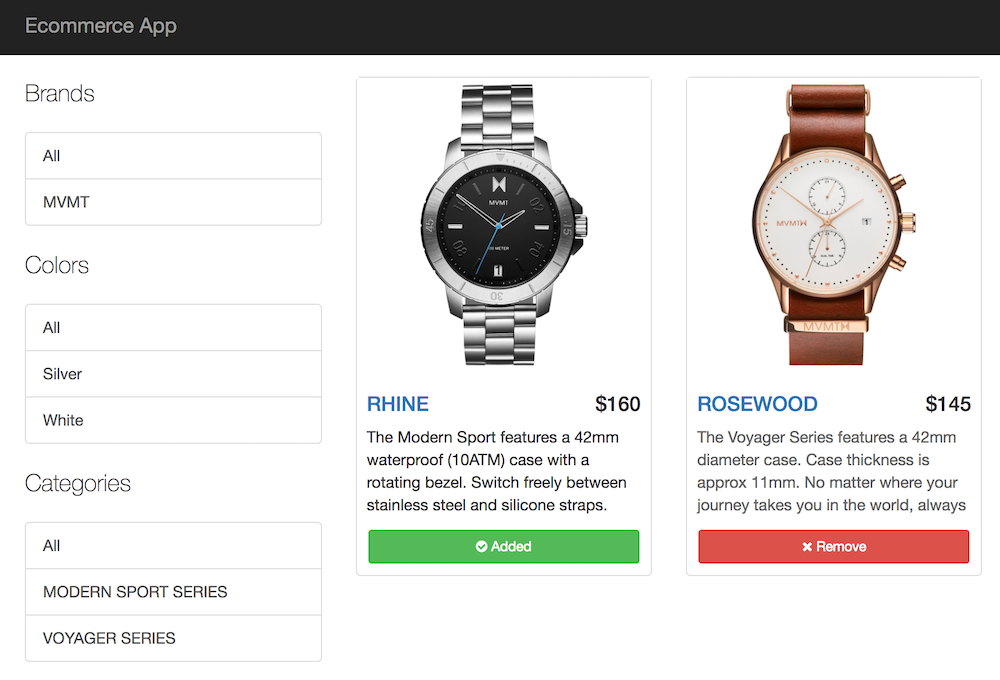 Cosmic is an API-first content management platform that makes it easy to add content to any existing or new application. Developers get a suite of powerful APIs while content managers manage content in a familiar cloud-based content editor. To demonstrate how easy it is to get started with Cosmic, we'll utilize the Cosmic CLI to quickstart an Angular Ecommerce App.

This Angular ecommerce app allows you to process orders from customers and accept Stripe payments for goods and services.  Manage inventory in your Cosmic Dashboard or in the admin area on the website. You can even subsequently deploy the app to Cosmic, Zeit, Heroku or Netlify.

Cosmic is an example of a robust headless CMS and API that's promoting collaboration on cross-functional teams to build apps faster. Get started building Cosmic-powered apps in seconds 🚀 We have Node.js, React, Vue, Gatsby and Serverless Starters to help you get your project started quickly. There are over 70 app examples available in the Cosmic Apps Marketplace to speed up your project as well. Today we'll be using the Cosmic CLI to quickstart a Angular Ecommerce App. 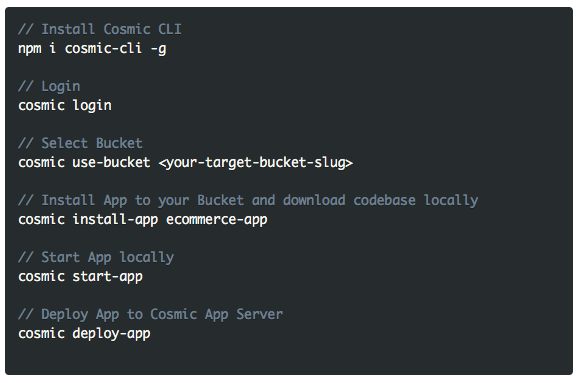 Run cosmic -h for a list of all commands. Run cosmic [command] -h for details on options for a specific command. You're now up and running with an Angular Ecommerce App that can be managed entirely from your Cosmic Bucket Dashboard and Command Line Terminal tool of choice.

I was able to easily install an Angular Ecommerce App using a headless CMS API that I can now use to manage dynamic content changes. When ditching the installed content management system and going API-first isn't quick enough, check out the Starter Apps from Cosmic  to get a project up and running in seconds. 🔥

If you have any comments or questions about building Angular apps with Cosmic, reach out to us on Twitter and join the conversation on Slack.

Importing Data from Contentful to Cosmic

Looking to migrate from Contentful to Cosmic? The Contentful Importer makes it quick and easy.
Kevin Diem
February 3, 2020
Read more

How to Build a Blazing-Fast Blazor Blog with Cosmic [2020]

How we built the Story Licensing app using Next.js, Algolia and Cosmic

Learn how I built the Twitter Search Extension to search and save Tweets to your Bucket.
Chunan Liang
August 3, 2018
Read more

How to build an e-commerce website with Nuxt and Cosmic

For simple shopping websites, going with full-fledged solutions like Shopify or Woocommerce can be a total overkill. In this tutorial, we're going to build an e-commerce website using Nuxt and Cosmic.
Muhammad Althaf
February 17, 2018
Read more

An easy way to add analytics dashboard in your cosmic bucket.
Waqas Arshad
May 1, 2018
Read more