In this installment of the Cosmic Developer Spotlight Series, we sat down with Rick Hanlon, a Front End Engineer and recent New Yorker that is now residing in London, England working on the React Native Core team at Facebook. Follow Rick on Twitter or LinkedIn and enjoy the Q/A. 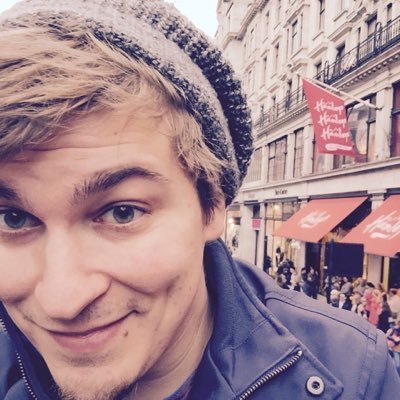 Cosmic: When did you first begin building software?
Rick: I was fortunate because my dad taught me BASIC when I was 11. This sparked a love with computers really early on. Through middle school I spent most of my time either in the computer lab playing with apps and downloading music on Napster or in my parents basement building websites on GeoCities and Angelfire. I eventually went to college and got a degree in theoretical math, but switched back to software after I graduated and joined my first startup.

What is your preferred development stack?
I'm all-in on the React/Node/Express stack. This stack allows you to build sites as fast as we did back when we would just FTP php files to webservers, but now we can build rich experiences that push and redefine the limits of web technology. On this stack I highly recommend Next.js. I think the whole suite of tools offered by Zeit are amazing (Hyper, Now, Next, Domains) and with them you can spin up a site in an afternoon, which is crazy cool.

What past projects are you most proud of and why?
There a are a few projects I'm super proud of! On the backend, I build the entire checkout order system used by SeatGeek to process all of their ticket transactions through a Python API. On the frontend, I managed a team at Kustomer that built a massive React/Redux app which was quick to iterate on with very few regressions. While there I also built a few really cool web technologies including a jsx templating engine.

What were your biggest challenges in building apps at Kustomer in New York?
The biggest challenge for me was balancing short term gains with long term strategies. At a growing startup, every project in the pipeline is money on the table, and it can be easy to focus on the easy money. It takes discipline and courage to understand that if you only focus on what's on the table now, you won't innovate and bring more people in the door.

What was the inspiration for joining Facebook? How has your experience been thus far?Last May I visited the Facebook London office for the Jest Summit. Walking the halls of the office, I really started to see myself working here and that's when I decided to start studying for an interview. A few months later, I accepted an offer and was moving from NYC to London!

So far Facebook lives up to the hype. I was worried that there was going to be some big company boogeyman waiting for me with overbearing process and structure, but instead I've found Facebook to run like a community of well funded startups. I actually feel more in control of my time and impact than I ever did at a startup, which is both empowering and intimidating at the same time.

What are some technologies you are excited about or want to learn more about?
Like almost everyone I talk to, I'm super excited about TypeScript. Coming from a Java background, I'm a big fan of types and I think TypeScript has nailed the syntax and community support in a great way. I'm interested to see how much of the JavaScript stack TypeScript eats over the next 3 years.

Do you have any tips for working in a new team environment since you just moved countries for this gig?
I have to remind myself constantly that no one is expecting some huge contribution on the first day. Instead, take time to ramp up, get to know as many people as possible, and enjoy the new role while you find where you fit in.