In this installment of the Cosmic Developer Spotlight Series, we sat down with Jacob Knaack, a Web Developer and Technical Communicator residing in Seattle, Washington. Jacob is a Front End Developer at restack, a development studio that finely crafts websites and apps. Jacob is also a frequent contributor to the Cosmic Community, having recently built both the Progressive Apollo Blog as well as the Gatsby Documentation Website. Follow Jacob on LinkedIn and GitHub and enjoy the conversation. 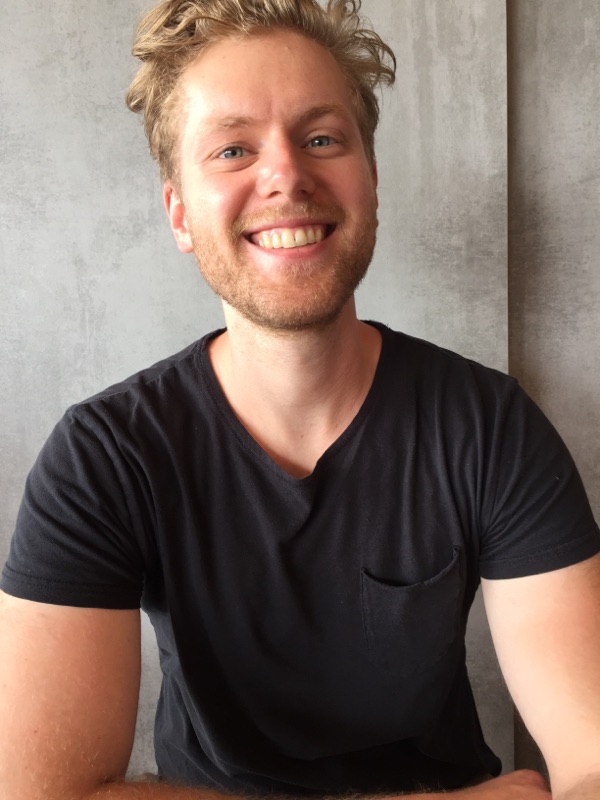 Cosmic: When did you first begin building software?
Jacob: There’s really 2 answers here.  The first time I started to build something via a programming language was in the first grade when I built a website for a science fair.  This was in the early 90s so HTML, CSS, and JS weren’t super hot stuff and the site itself looked pretty crazy, as you can imagine a 1st grader would want a website to look.

I first started to build formal software for a living about 3 years ago when I started a programming bootcamp at Code Fellows in Seattle.  At the time I was working as a technical writer and wanted to level up my technical skills.  I began working on projects that revolved around full stack JavaScript and Python and from there I developed a nasty habit for designing and building web applications.

What is your preferred development stack?
I work almost entirely in the MERN / MEAN stack.  So the Node environment is really my bread and butter.  Using cloud storage and interfacing the internet of things all using JavaScript is very nice when working in primarily a JS environment, so I’ve really enjoyed working with Node all these years.

I do confess that if I’m working on a personal project, or just something that I’m working solo on, I do love just building things with simple vanilla JS (and nixing the fancy MVC workflows of React / Angular / Vue etc.)

What past projects are you most proud of and why?
A project that I really loved sinking time into was a a piece of software used for performing user market research for a tech company here is Seattle.  I built a Python server and a small front end client that would essentially scrape the internet and perform sentiment analysis on social media posts.  As a student at the University of Washington, most of my focus was on Psycholinguistics research (think of the intersection of linguistic behavior and psychological processing) so this was something that I very much wanted to grind away at. The project involved a lot of cloud computing services and ended up providing some extremely interesting results, dealing mostly with tweets and posts from Reddit.  Fun stuff.

You've contributed several Gatsby projects to the Cosmic Community. Talk more about the benefits you see in using a Gatsby + Cosmic stack.
Gatsby is a great little static site generator and really works well for providing a performant experience for users.  Basically Gatsby takes all the data from our source code and API fetching and builds a bunch of HTML, CSS, and JS.   This allows content to be searched efficiently and faster with no long load times from enormous JS files trying to dynamically render things.  For the developer, Gatsby offers a ridiculous amount of flexibility.  For one, built in things like React, Graphql, hot-reloading, routing, and code splitting make the experience just like developing a dynamically rendered SPA (single page application).  Performance plus flexibility.

Combine this with a service like Cosmic and we can have even more flexibility for the end user.  A content management service that lets us define our own schemas and add whatever data we want while letting Gatsby fetch and build that data means we can build fast and performant applications that are able to respond quickly.  Now we have performance and flexibility for both the developer and the user as they can control their content through Cosmic while also getting a great interface from static files built with Gatsby.

What are some technologies you are excited about or want to learn more about
Honestly I’ve been excited about the VR space for a while now, and I think developing User Interfaces for VR platforms has a lot of opportunity.  I’ve played around with a couple web browser based frameworks for VR and they are getting quite sophisticated now that the hardware is becoming a little more affordable and prevalent.  As a React developer I am always burying my head in React workflows.  But the possibility using React to create VR components in the average web browser is pretty exciting.  It seems like Facebook is trying to make that a reality with React 360, I think formerly React VR.  As a psychologist and developer, I’m very interested in learning more about how we can create usable and exciting interfaces for web applications for VR devices.

In this episode of the Cosmic Developer Spotlight Series, we chatted with Lydia Hallie, remote software developer and active contributor on Dev.to. She has been getting a lot of attention for her easy-to-follow (and beautifully visual!) educational resources for JavaScript. Follow Lydia on Twitter, GitHub, LinkedIn, and enjoy the conversation.