If you aren’t using or experimenting with static sites, it’s time to jump (back) onboard.

Given the shift away from static sites to their more dynamic counterparts, this might have seemed far-fetched not long ago. However, new methods for building websites - like Jamstack - have grown in popularity, and static sites are in the middle of a renaissance. 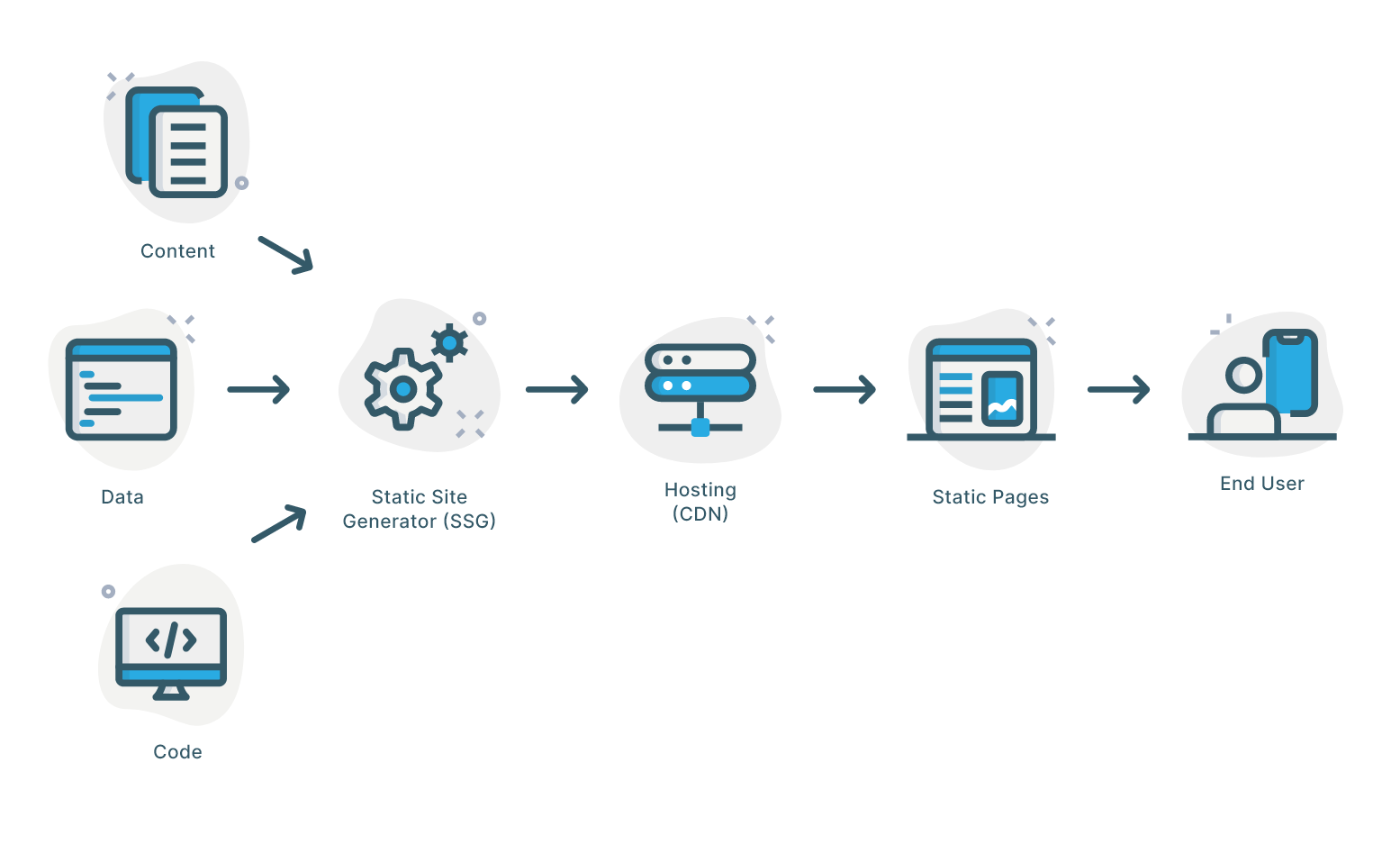 How does Static Site Generation work?

Previously, static sites only had a limited number of use cases; those included mostly microsites and landing pages. While developers still rely on them for these purposes, there are also a host of new applications thanks to advancements in web architecture.

A key component for bringing static sites to life is what is known as a static site generator.

In this article, we’ll delve into static site generators, explain how they work, their benefits, and illustrate how to combine them with a headless CMS for best results.

What is a Static Site Generator (SSG)?

As its name suggests, a static site generator (SSG) is quite literally used to build static sites.

A static site generator creates a fully static site from a set of HTML files and deploys it to an HTTP server.

An SSG doesn’t require a database or server-side rendering for execution like a traditional CMS does. Instead, content in the form of text-based files is compiled into HTML pages with the help of templates. Then the site is rendered and uploaded to a CDN, typically a global one, so content can be delivered to visitors anywhere in the world, fast.

SSGs can eliminate some of the issues which can occur when using a traditional CMS to deliver these smaller websites. Traditional CMS platforms have been around for some time, and while they are still prevalent today, the main benefit comes from working with dynamic content.

What is a Static Site?

During the early days of the internet, this was how most of the websites were created, until dynamic sites burst onto the scene.

When a user visits a dynamic site, the site is rendered dynamically on the server, enabling the server to build pages on the fly. This made it easier to publish changes to websites, as well as update content. Using our footer example, with dynamic sites you can update the footer once and those changes are then applied to the footer on all pages.

The modern web supports dynamic sites because of the plethora of front-end frameworks available. Dynamic sites are handy for their personalization and omnichannel features, but, can become complex to manage, hard to scale, and the costs of maintaining this type of website will add up.

Why Are Static Site Generators So Popular?

Static site generators are growing in popularity, as static sites see a comeback. Advancements in web technology over the past decade allow developers to decouple the server (or a serverless back-end) from the front-end. Today developers of web apps can have the speed of the lightweight static website on the front-end, and the flexibility of dynamic websites on the back-end, by using static site generators.

Modern enterprises favor using SSGs for performance and security, whereas solo developers enjoy design freedom and development simplicity. Furthermore, there are a wealth of SSG options available to serve every use case. We'll examine a few in a minute.

Let's take a closer look at the benefits of using an SSG for your next project.

Traditional CMS platforms are quite susceptible to hacks such as SQL injections and more attacking the holes in a server-side database. SSGs don’t have this database, and display the page a user requests, removing the possibility of a hack.

Because SSGs are designed such that each page is ready to go upon request from the CDN, the drawback of server-response times is gone. Additionally, less computing power is required to respond to additional requests, making it far easier for the site to handle additional traffic. The result is near-infinite scalability.

Speed is one of the primary benefits of an SSG - again, thanks to the CDN. The precompiled files can be served directly to browsers, and with lower overall latency when served via a global CDN.

Ease of Use and Flexibility

Without the templates and page builders of a traditional CMS, which were nearly required traditional dynamic websites, through SSG's and a decoupled CMS, developers have much more freedom to design and create.

How Do Static Site Generators Work?

Content then gets rendered to HTML based on templates and served to the CDN.

Finally, the results are saved in a directory and laid out to match the source files and keep them available when requests to view the content are made.

This simplicity is the basis for the benefits of using an SSG, the features are very limited. Enterprises especially need the flexibility to deploy either static sites or dynamic sites depending on the use cases. For some of those use cases, an SSG can be combined with a headless CMS for best results.

The Drawbacks of SSGs

The way that SSGs turn data into easily deployable static sites can be appealing for many companies. However, the feature limits of an SSG mean that marketers are limited and don’t have the capabilities to deliver omnichannel content.

Static site generators are great for developers, but marketers and content creation team members can struggle with the more technical aspects. They often don’t provide the out-of-the-box workflows that enable valuable collaboration and input from a team. However, there is a way around these challenges.

Integrating SSGs with a Headless CMS

The result is vast possibilities for SSGs: through headless cms, they can easily be used for various use cases including blogging, microsites or landing pages, documentation, and even more advanced use cases such as marketing sites and eCommerce stores.

Getting the most out of your SSG will depend on what you need to use it for, so it's crucial you pick the right static site generator for that use case. 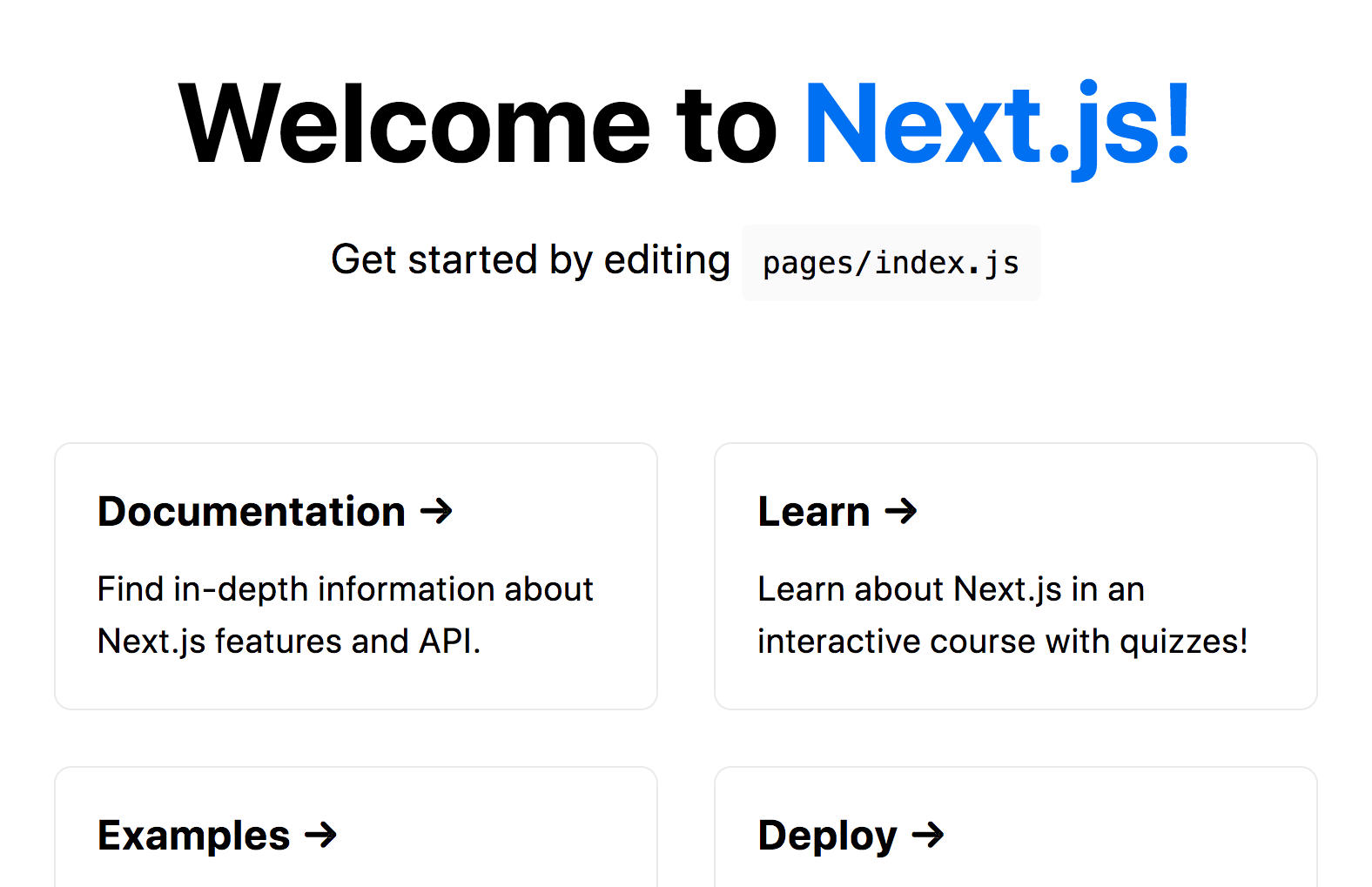 Next.js is a lightweight React framework that can be used to generate static sites as well as do server-side rendering. Because it's created by the Vercel team, Next.js provides a great developer experience no matter what type of site you want to build.

Features: Great for building both static and dynamic sites. Versatility in how you can fetch data. The team at Vercel has put a lot of thought into the Next.js framework, creating features like Incremental Static Generation to reduce pre-rendering time.

Drawbacks: Requires server-side knowledge from developers and can be more challenging that other SSGs.

Best For: Enterprises that need to generate static sites for multiple use cases.

Jekyll is a Ruby-built static site generator that lets you focus on content. Jekyll is a known entity among SSGs but hasn’t added as many features as others on the list.

Features: Simple and blog-aware (permalinks, pages, posts and layouts all available for use). Also includes free hosting on GitHub pages.

Drawbacks: There is a slow build. It will take a long time to generate larger sites, and there are limited built-in features. 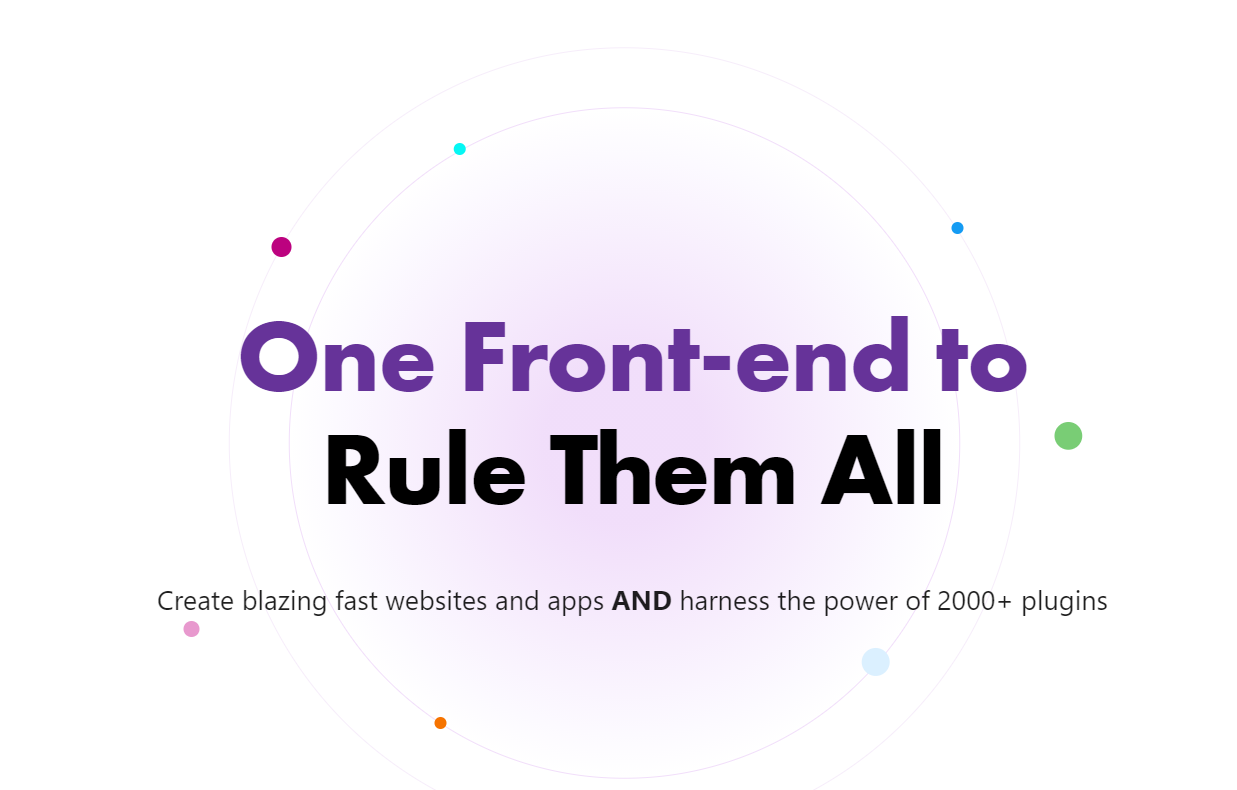 Gatsby is an open source React-based framework for creating blazing fast websites and apps. It features plenty of plugins and can integrate using APIs.

Drawbacks: Not ideal for sites with large volumes of content.

Best Use Cases: Perfect for small and medium-sized businesses.

As static sites surge to the leading-edge of modern web development, static site generators make the build of these sites a walk in the park for developers. Enterprises and complex applications will need the right architecture to handle their content to fully utilize static site generation.

Cosmic provides a flexible headless CMS architecture that is perfect for plugging into any static site generator. With Cosmic, it's easy to manage content by yourself or with teams.

Use APIs to combine with all of the latest-and-greatest static site generators to generate static sites and other content applications.

For more information, check out our collection of Gatsby resources or Next.js Resources.

Or, start building right now with our quick-start guides:

We are excited to announce our new podcast: Build Time, now available on your favorite content platforms.

Introducing Merge Requests, a huge leap forward for content management that brings the power of Git to your content workflows.

Your guide to confidently choosing the best headless CMS for your project and team needs.

After months of painstaking design, development, and testing, we are excited to announce the release of the new Cosmic Dashboard! We have rebuilt the dashboard from the ground up and you can now be one of the first to test it in a private alpha release.

We've released some new features for the new dashboard that we are excited to share with you.